Decentralized finance is a blockchain-based form of finance that does not rely on central financial intermediaries such as brokerages, exchanges, or banks to offer traditional financial instruments, and instead utilizes smart contracts on blockchains, the most common being Ethereum.

Instead it relies on smart contracts — legal contracts written in and enforced by software — on blockchains like Ethereum.

A smart contract is an agreement between two people in the form of a computer code. They run on the blockchain, so they are stored on a public database and cannot be changed. The transactions that happen in a smart contract are processed by the blockchain, which means they can be sent automatically without a third party.

A smart contract is an agreement between two people in the form of computer code.

A smart contract is an agreement between two people in the form of a computer code. They run on the blockchain, so they are stored on a public database and cannot be changed.

The Transactions that happen in a smart contract are processed by the blockchain and are sent automatically without a third party. Finally total autonomy and accountability.

Transactions only happen when the conditions in the agreement are met — no third party, so there are no issues with trust.

Yes, just how do smart contracts work, then?

To find the answer, let’s start by looking at how a smart contract can be used:

Let’s imagine that John wants to buy Mike’s house. This agreement is formed on the Ethereum blockchain using a smart contract. This smart contract contains an agreement between John and Mike.

In the simplest terms, the agreement will look like this: “WHEN John pays Mike 300 Ether, THEN John will receive ownership of the house”.

Once this smart contract agreement has been put into place, it cannot be changed — meaning John can feel safe to pay Mike 300 Ether for the house.

Without the use of a smart contract in this scenario, Mike and John would have to pay lots of fees to third-party companies. Including the bank, a lawyer, and a house broker.

This is the next level, right? No more commissions and no more delays to wait for a lawyer and broker to process the agreement! This is just one of many examples of how a smart contract can be used.

This is where Decentralized Financing aka DeFi is going: Instead of proving creditworthiness to a bank to obtain a loan, customers can use cryptocurrency as collateral to borrow money through the set terms of a smart contract. Instead of all payments running on traditional rails such as the automated clearinghouse, some will happen through the buying and selling of cryptocurrencies. Instead of trading stocks on a stock market, people can buy and sell cryptocurrency on a blockchain. Smart contracts could automate supply chain finance, cutting middlemen such as auditors out of the process.

Decentralized finance is taking many of the roles that traditional banks fill, like credit, payments, custody, stored value, and onboarding to the financial system.

hybrid versions of decentralized finance have emerged that blend traditional banking with DeFi. This is sometimes called centralized finance or CeFi. One example is stablecoins, digital currencies that are always equal in value to a central bank currency such as the U.S. dollar and that have centralized issuers. Another example is Coinbase, which lets people buy cryptocurrency, stores it for them, and lends against it in a centralized manner. And ConsenSys hosts several Ethereum blockchain-based finance projects, including JPMorgan’s Quorum.

An alarm should be going off in the traditional bankers’ heads because DeFi represents a new level of competition as well as the greatest opportunities for banks since gold.

Experts are turning to stablecoins to smooth out this process. Stablecoin transaction volumes crossed the $1 trillion mark in 2020, according to The Block Research. Instead of having to go through those six [banks] to get their payments settled, they can actually get it within minutes in stablecoin form.

Borrowers can securely apply for a loan and receive funding in a matter of minutes and even use digital currencies as collateral. In fact, Silvergate Bank offers bitcoin-collateralized loans on a homegrown distributed ledger it calls SEN (which stands for Silvergate Exchange Network) Leverage. Customers can obtain and repay loans 24 hours a day, 365 days a year. These trends will lead to the rise of the modern core software providers that can help banks offer services tied to application programming interfaces. The possibilities are endless for smart contracts. They are already being used for financial trades and services, insurance, credit authorization, legal processes, and even crowdfunding agreements (ICOs).

Industries impacted the most

Reportedly, at least two insurance companies, Atlas Insurance in Malta and Axa in France, tested smart contracts in 2017. They had prototypes that compensated airline customers if their flights were delayed.

This saves lots of time and money. It also means that John does not have to trust that AXA will pay him the agreed amount if his flight is late — he knows that if it is late, the smart contract will instantly send him his compensation ($100).

Health systems will use smart contracts to record and safely transfer data.

We can already see examples of smart contracts being used in the medical industry by the likes of EncrypGen. This is an application that uses smart contracts to transfer patient data in a secure way, allowing no access from third parties.

This way, the patients are in control of their own data. If researchers want to use patient data, they must pay for it. Not only that, but the patient has to choose whether or not they want to sell it to them.

For governments, smart contracts running on the blockchain can make voting systems completely trustless and much more secure.

This way, voting is always fair, meaning the winner is always correct.

Businesses can just set up a smart contract that says WHEN the date is 28.03.18, the Business sends John 2 ETH. This means John will always be paid on time, and he will never be underpaid. The business benefits because it is all automated, saving them lots of time and money!

If you want to start your own project that uses the blockchain, you can build your project on the Ethereum blockchain, as we saw earlier. However, you’re going to need some money!

How’re you going to get the money you need? Welcome to ICOs.

An ICO (Initial Coin Offering) is a crowdfunding system for new applications that use blockchain technology. You create a smart contract and a token for that smart contract. Let’s imagine you call your token ABC.

Remember! It’s crucial to keep your cryptocurrencies in secure wallets. The most recommended options are Ledger Nano S, Coinbase and Trezor.

Why would people want to buy the ABC token?

The two most common reasons people buy tokens from ICOs are:

You can think of ICOs as a blockchain version of Kickstarter. The key difference is that it automates the whole crowd-sale process in a secure way.

How are Smart Contracts Created?

Smart contracts can be built on multiple blockchain platforms, including Ethereum and NEO. As Ethereum is the most popular choice for developers, I will tell you about Ethereum’s smart contracts.

It can reduce fraud, delays, and the overall cost of many things.

Crypto tech is here to stay and it would behoove you to make “smart investments” as Floyd Mayweather says, and learn technology for your business and your family. It is my understanding that Blockchain and cryptocurrencies are the future of finance and although you may be in doubt it won’t change the realities. This is an amazing time to open your teachability index to a 10; to be willing to accept change; to be willing to learn! 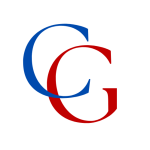 1 month ago The Commission Group

Wholesalers will need a License soon!

4 months ago The Commission Group

5 months ago The Commission Group

Look it up here